What’s in a Name?

The city of Blue Earth got its name from the Blue Earth River that circles the town.  The river was named for a blue clay that is found high in it’s banks.  The Native Americans of this area, which were the Mdewakanton Tribe of the Dakota Nation, often referred to as the Sioux, called the blue clay “mah-ko-tah” or “mah-kah-to.” (The name of the city Mankato is derived from this word.)

The blue clay is not found around the city of Blue Earth, but in the last few miles of the river course to where it empties into the Minnesota River at Mankato.  The clay reportedly is found in small pockets high in the bluffs along the river.  This would mean that it occurs in the glacial drift which covers this area except where eroded by the river courses.  The small pockets of clay are also reported to be in the soft sandstone.

Some of the only samples of “mah-ko-tah” are in the Chemistry Department of Minnesota State University and the Blue Earth County Historical Society Museum, both in Mankato.  The Blue Earth Area Chamber of Commerce has been given a small piece as well.  It is more blue-green than blue, almost an aqua blue color, and somewhat darker when it is damp.  MSU has run an analysis on it some time ago and they believe it to be a mineral called Illite.

(excerpt from a letter by Randall Pemberton) 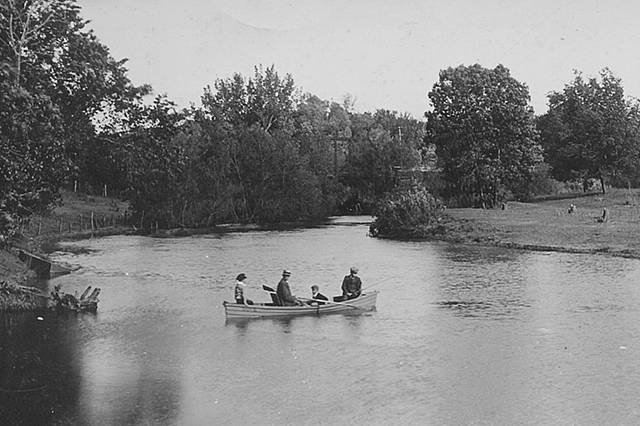